Everything And The Moon 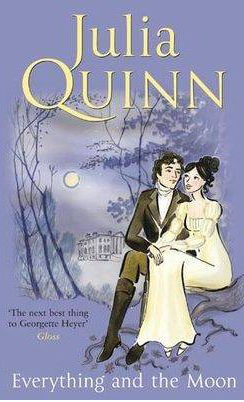 When Robert Kemble stumbles across Victoria Lyndon in a hedgerow maze, he can't believe his eyes. The girl who'd torn him in two, who let him plan an elopement and then left him standing by the side of the road, was suddenly within arm's reach, and even though his fury still knew no bounds, she was impossible to resist.Victoria's father had told her an earl would never marry a vicar's daughter, and he was right. Robert had promised her marriage, then danced off to London while she suffered the shame of a foiled elopement. But even though Victoria doesn't particularly enjoy her new life as a governess, when Robert offers her a job of a different sort - his mistress - she refuses, unable to sacrifice her honour, even for him.But Robert won't take no for an answer, and he vows to make her his, through any means possible. Can these star-crossed lovers learn to trust again? And is love really sweeter the second time round?