What Happens In London 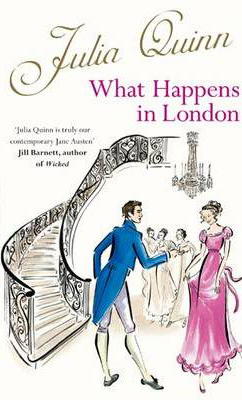 Olivia Bevelstroke, the only daughter of the Earl of Rudland, is beautiful and has a sizeable dowry. Yet at the age of twenty-one she is still unmarried, causing people to whisper behind her back, 'What is she waiting for? A prince?' But Olivia isn't cold or stuck up, and neither is she a hopeless romantic. She's just waiting for something - or someone.Sir Harry Valentine, a war veteran, is now back in London working in secret for the War Office and keeping an eye on his wayward younger brother. Rumour has it that he killed his fiancee, which intrigues Olivia. She thinks her new next-door neighbour looks the part, and even if he isn't a murderer, he's certainly up to something. Then a real-live Russian prince comes to town, sparking intrigue. He has his eye on Olivia, but so does Harry, who's been ordered to spy on the prince - and thus by extension, Olivia. But will what he finds out about her bring her closer to his heart?