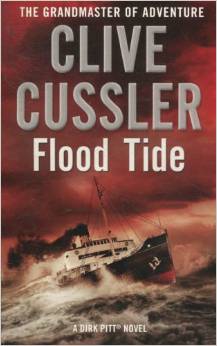 AN UNDERWATER GRAVEYARD IN THE PACIFIC NORTHWEST...A MYSTERIOUS SEAPORT IN THE LOUISIANA BAYOUS...A DIABOLICAL PLOT TO DESTROY AMERICA! When NUMA agent DIRK PITT(R) rescues a beautiful undercover agent in a daring underwater operation at Orion Lake, just north of Seattle, he confronts a sinister network run by Qin Shang, a ruthless smuggler who sells Chinese immigrants into slavery. Shang's campaign contributions have bought him a collection of powerful U.S. politicians, but Pitt is not a man to be subverted by politics. As he moves to probe Shang's mystifying seaport in the Louisiana bayous, his investigation involves him in an adrenaline-pumped race up the Mississippi River and a desperate dash to recover sunken Chinese treasures lost half a century before. And in Qin Shang, Pitt faces ones of his most formidable foes -- a madman bent on killing thousands of innocent civilians with a catastrophic surge of mass destruction.