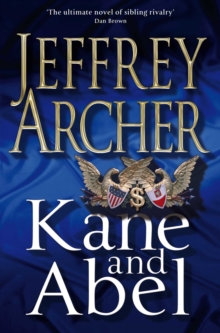 They had only one thing in common . . . William Lowell Kane and Abel Rosnovski, one the son of a Boston millionaire, the other a penniless Polish immigrant - two men born on the same day on opposite sides of the world, their paths destined to cross in the ruthless struggle to build a fortune.Kane and Abel is the marvellous story, spanning sixty years, of two powerful men linked by an all-consuming hatred, brought together by fate to save . . . and finally destroy . . . each other.Jeffrey Archer's international bestseller is followed by the enthralling sequel, The Prodigal Daughter. 'Archer has a gift for plot that can only be described as genius' Daily Telegraph 'Probably the greatest storyteller of our age' Mail on Sunday

Other Books By Jeffrey Archer