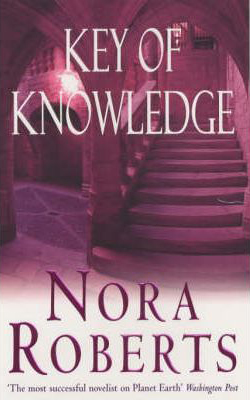 You are the Key. The lock awaits. Librarian Dana Steele has always considered herself to be an enlightened woman but her recent experiences at Warrior's Peak have required much more of her than just an open-mind. Along with Malory Price and Zoe McCourt she has had to take a huge leap of faith and believe in the ancient mythic story she has been told. It is a tale of a young Celtic god who fell for a human girl and of their three daughters, demi-goddesses all, who were cast into an eternal sleep, their mortal souls placed under lock and key. And in each generation three are chosen who have the power to release them - if they dare accept a challenge that could promise them great riches but also grave danger And now it is Dana's turn. Three women. Three keys to find. If one fails, they all lose. If they all succeed - money, power and a new destiny awaits. It will take more than intellect, more than determination. They will have to open their hearts, their minds, and believe that everything and anything is possible.