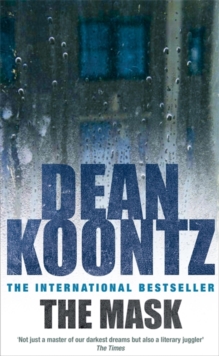 Who was the girl behind the mask ...?She had appeared out of nowhere...in the middle of traffic, on a busy day, in front of Carol's car. A teenager with no past, no family - and no memories. Carol and Paul were instantly drawn to her, this girl they named Jane - she was the daughter they never had. It was almost too good to be true. Then the hauntings began - ghastly sounds in the dark of night; a bloody face in the mirror; a dim but persistent sense of fear...and the deja vu. Where had Jane come from? Was she just an orphan in need of love? Or was she hiding a more sinister purpose?