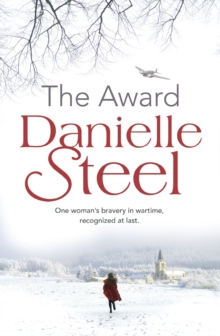 Gaelle de Barbet is sixteen years old in 1940 when the German army occupies France. In a matter of months, her father and brother are killed, her mother descends into madness, and her closest friend, Rebekah Feldmann, is sent to a detention camp. Taking terrifying risks, Gaelle becomes a member of the Resistance, fearlessly delivering Jewish children to safety underneath the eyes of the Gestapo and their French collaborators. Conducted in secret, her missions for the Resistance will mark her for years. In the final days of the war, she executes a plan to help save France's art treasures. But when the war draws to a close, she is falsely accused of collaboration, and flees to Paris in disgrace. There, she begins a new life that eventually takes her to New York, from a career as a Dior model to marriage and motherhood, unbearable loss, and mature, lasting love when she returns to France. The ghosts of the past are always near. No matter where she goes, her label as a collaborator remains, until her granddaughter, a respected political journalist, embarks on a journey to see her grandmother recognized as the war hero she was . . . Danielle Steel is famous for her inspirational stories about family, love and life. Her novels will be enjoyed by readers of Penny Vincenzi, Jodi Picoult and Diane Chamberlain.

Other Books By Danielle Steel