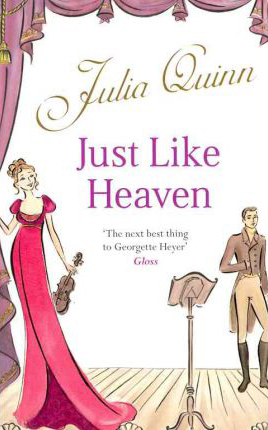 Honoria Smythe-Smith, the youngest daughter of the eldest son of the Earl of Winstead, plays the violin in the annual musicale performed by the Smythe-Smith quartet. She's well aware that they are dreadful. In fact, she freely admits (to her cousins) that she is probably the worst of the bunch. But she's the sort who figures that nothing good will come of being mortified, so she puts on a good show and laughs about it.Marcus Holroyd is the best friend of Honoria's brother Daniel, who lives in exile out of the country. He's promised to watch out for Honoria and takes his responsibility very seriously. But he has his work cut out for him when Honoria sets off for Cambridge determined to marry by the end of the season. She's got her eye on the only unmarried Bridgerton, who's a bit wet behind the ears. When her advances are spurned, can Marcus swoop in and steal her heart in time for the musicale?