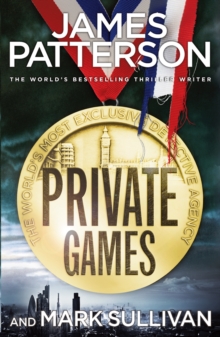 July 2012: The Games have arrived in London and the stage is set for one of the greatest ever showcases of sporting excellence. When Sir Denton Marshall, a key member of the London Olympic organising committee, is found brutally murdered, Peter Knight, head of Private London, is called to the scene. Private are working with the organising committee on security for the Games, so Denton Marshall was a valuable client. But there is a more personal link: Denton was also the fiance of Knight's mother. Knight is devastated by Denton's murder, but it soon becomes clear that this is no isolated incident. The killer is targeting the Games itself, and the lives of everyone involved are under thre