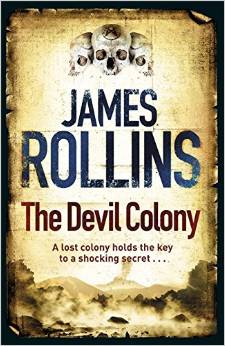 Could the founding of America be based on a lie? The truth is hidden within the ruins of a cursed lost colony... An exhilarating Sigma Force thriller.In the Rocky Mountains, a horrible massacre ensues. Bodies are found purposefully positioned to form two symbols. One man recognises the warning behind the gruesome murders: Painter Crowe, director of SIGMA, has seen these symbols before and knows the deaths were a personal threat. One of the victims was his beloved cousin.Crowe joins forces with Commander Grayson Pierce to penetrate the shadowy heart of a dark cabal that has been manipulating American history. But can he discover the truth before it destroys all he holds dear? The truth lies hidden within the ruins of a cursed lost colony - a place known only as The Devil Colony.