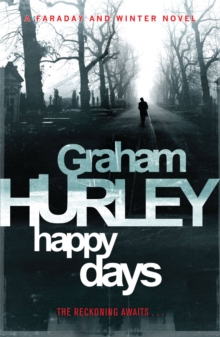 The 12th and final Faraday and Winter novel brings the series to a devastating and exciting close.D/I Faraday is gone and the police are left reeling. As his boss attempts to limit any possible PR damage his one time shadow on the force, ex D/C Winter is ever more concerned that he may have made the biggest mistake of his life throwing in his lot with the city's drug baron, Bazza McKenzie.Especially as Bazza is becoming increasingly desperate and violent as his empire begins to crumble under the weight of austere times. And, in the person of D/S Jimmy Suttle there's a new will at the heart of Portsmouth's embattled police force to nail Bazza once and for all, the one man Faraday was always desperate to bring to justice.Graham Hurley's novel is about loss. It is about the decisions we make in life, about the impact our lives have on others. Hurley's trademark authenticity has been allied to an ever increasing sense of drama as he charts the lives of his vivid characters and paints a stunning portrait of a city and a country at war with itself. A war which throws the police into the front line. Happy days?