No More Dying Then 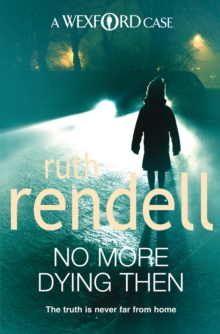 The sixth book to feature the classic crime-solving detective, Chief Inspector Wexford. On a stormy February afternoon, little Stella Rivers disappears - never to be seen again. There were no clues, no demands and no traces. And there was nowhere else for Wexford and his team to look. All that remained was the cold fear and awful dread that touched everyone in Kingsmarkham. Just months later, another child vanishes - five-year-old John Lawrence. Wexford and Inspector Burden are launched into another investigation and, all too quickly, they discover chilling similarities to the Stella Rivers case. Then the letters begin. The horrifying, evil, threatening letters of a madman. And suddenly Wexford is fighting against time to find the missing boy, before he meets the same fate as poor Stella...