An Unkindness Of Ravens 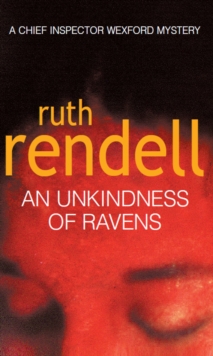 The thirteenth book to feature the classic crime-solving detective, Chief Inspector Wexford. The raven: not a particularly predatory bird, but far from soft and submissive, adopted as the symbol of a militant feminist group... Detective Chief Inspector Wexford thought he was merely doing a neighbourly good deed when he agreed to talk to Joy Williams about her missing husband. He certainly didn't expect to be investigating a most unusual homicide. Rodney Williams was neither handsome nor wealthy - but he had an unerring eye for a pretty girl and when he disappeared and two other men were later attacked by a young woman, Wexford couldn't help wondering if there was a connection. If there wasn't, where was Rodney Williams and why had he vanished? He had committed no crime - apart from telling his wife the occasional lie...